Nobody rallies a crowd quite like the indefatigable Mike Peters. The singer took the stage with energy dialed to 11, and had the crowd on his side even with fresh material. “Let’s get into the ‘Blood Red Viral Black,’” he shouted, as drummer Smiley Barnard launched the pounding drum beat for the opening song from new album and UK Rock chart-topper Sigma. If the band played with the intensity of punk rockers like the Sex Pistols and protest prophets like the Clash, it was no accident. Later in the show when introducing fan favorite “Spirit of ’76,” Peters described how boyhood encounters with Johnny Rotten’s negativity and Joe Strummer’s positivity shaped his desire for a band that fused the passion and intensity of both acts. 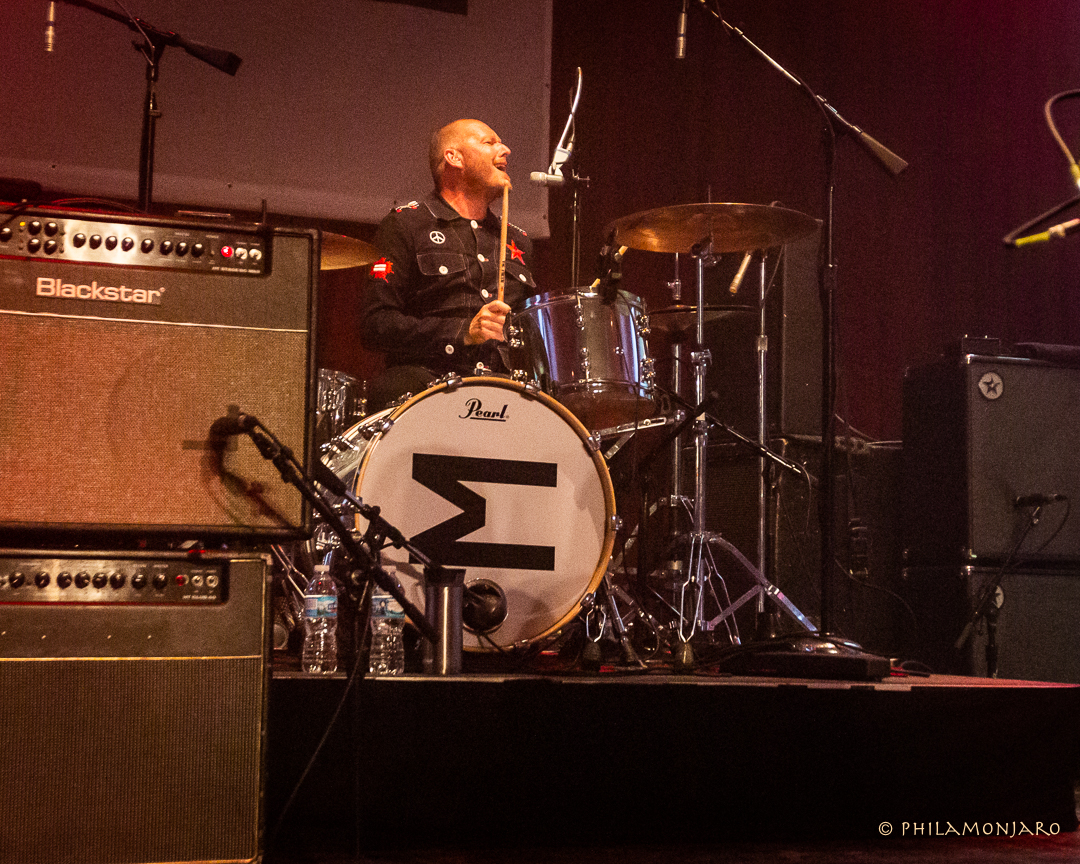 “Chicago, are you willing to come back with me to 1983?,” asked Peters. As the crowd roared approval, the band tore into the galloping “The Stand” from the Alarm’s debut EP. Multi-instrumentalist James Stevenson moved to bass while Peters drove the rocker from his white acoustic guitar decorated with symbols from the Sigma album artwork. The crowd sang with Peters on “Peace Now” from last year’s Equals album, countering Pink Floyd’s nihilism with the chant “I’m not just another brick in the wall.” 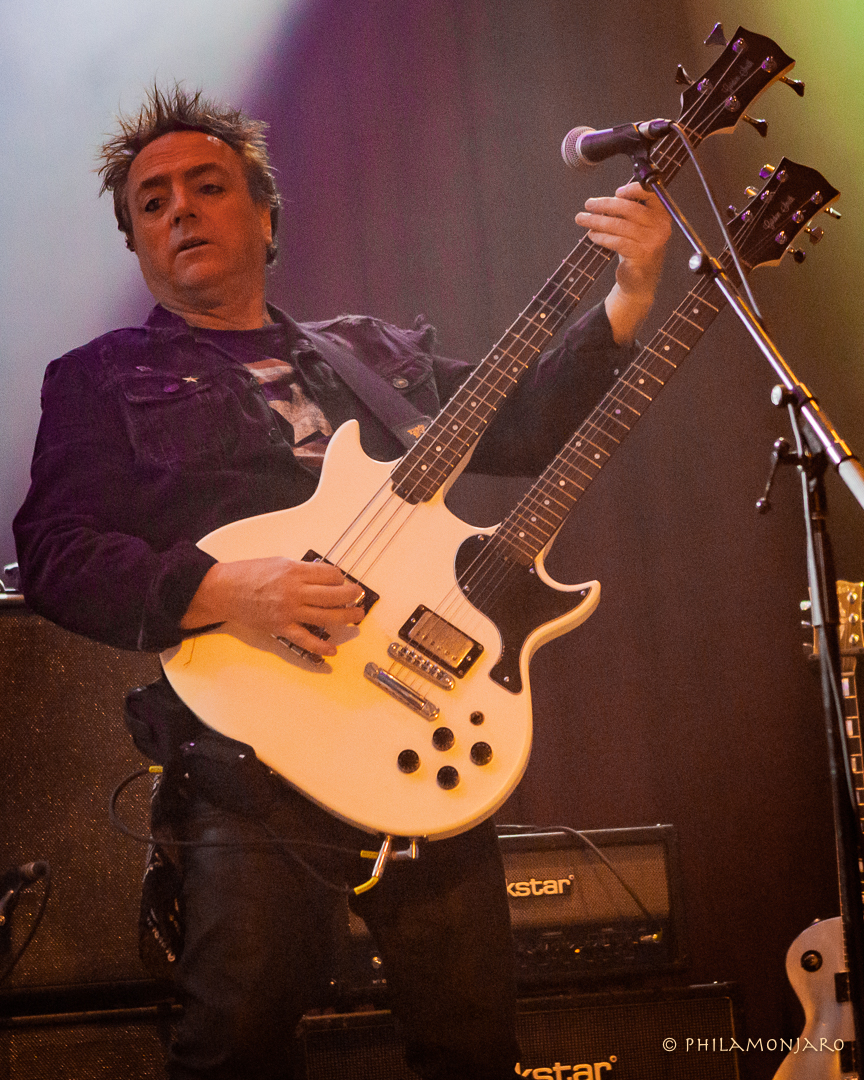 During “Rescue Me” and “Sold Me Down the River,” Peters’ acoustic guitar was distorted into a feral roar to match the sound of ’80s albums Eye of the Hurricane and Change, respectively. For the latter song, the crowd took the “hoo hoo” response to Peters’ chorus vocal. Despite being a fraction of the size, the House of Blues audience recalled the fervor of the similar singalong last month for the Rolling Stones’ “Sympathy for the Devil” at Soldier Field. Peters was pleased. “The last time I was in Chicago, I remember learning that you can sing,” he said.

Peters inspiring personal story includes multiple battles with leukemia, and the artist is a tireless advocate for his Love Hope Strength Foundation and its bone marrow registry. Wife, bandmate, and fellow activist Jules Peters has also endured trials. Mike Peters said that the Alarm family were celebrating Jules’ return to life in 2019 following her treatment for breast cancer. The new song “Psalm” described desperate prayer and steadfast devotion in the face of such tribulation. Peters beckoned the crowd to flash their cell phone lights, creating a room full of dazzling stars that were livestreamed to the band’s Facebook page. 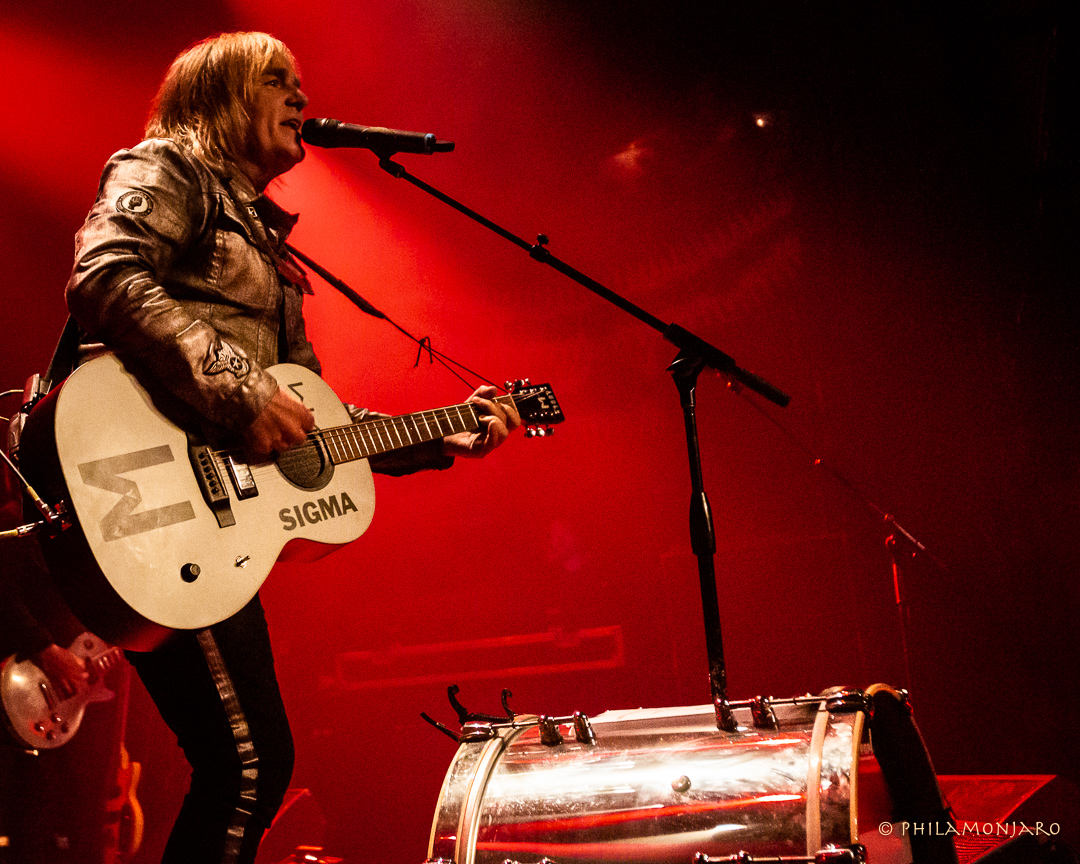 The boundaries between the band and its fans crumbled further during “Neutral,” as Peters waded into the thick of the crowd with his microphone. He returned to the stage for a pair of the Alarm’s best-known songs. Peters’ howling vocal during “Strength” rang with all of the desperation, defiance and hope that it ever possessed. From the sides of the room, cannons showered the stage with red poppy petals cued by Barnard’s furious drum fill. Stevenson took the lead on guitar during “Rain in the Summertime,” allowing Peters to spray water into the first rows. “If you’re standing in the wet section, thank you,” he said. 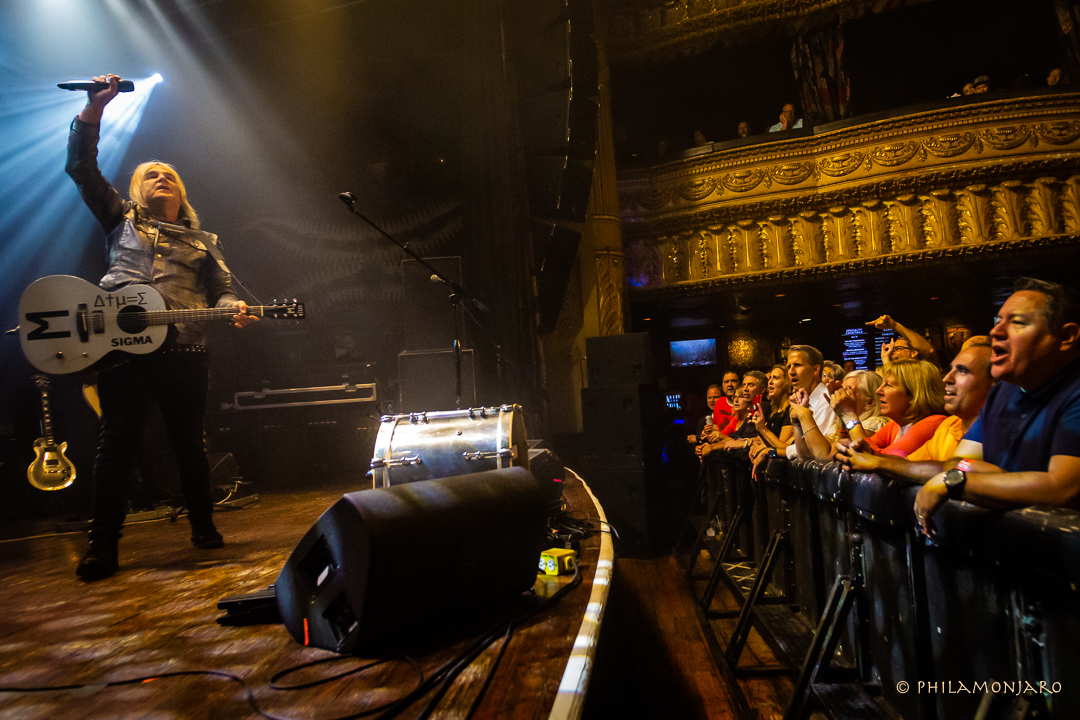 The urgent “Beautiful” from Equals was another example of the Alarm’s resurgent prowess before the main set concluded with “Spirit of ’76.” Jules Peters’ piano added elegance to the song’s emotive breakdown, setting up the song’s anthemic climax to conclude the main set. 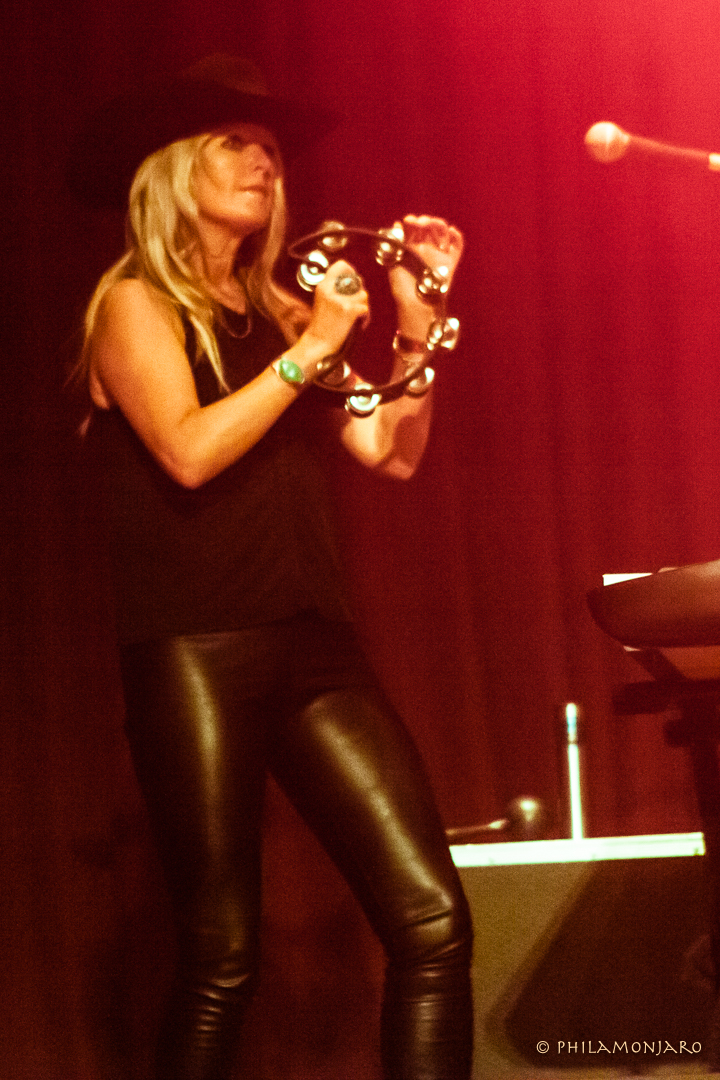 The encore became even more of a family affair when Barnard joined the band at the front of the stage and yielded the drum throne to the Peters’ young son Evan (older brother Dylan was holding down the fort at the merch table) during Declaration single “Marching On.” The band continued into a Declaration medley including “Where Were You Hiding When the Storm Broke?” and the thrilling “Sixty Eight Guns.” Peters recalled the origin of the band’s shower of trading cards during an appearance on American Bandstand in conjunction with the lyric “all cards are marked, all fates will collide.” 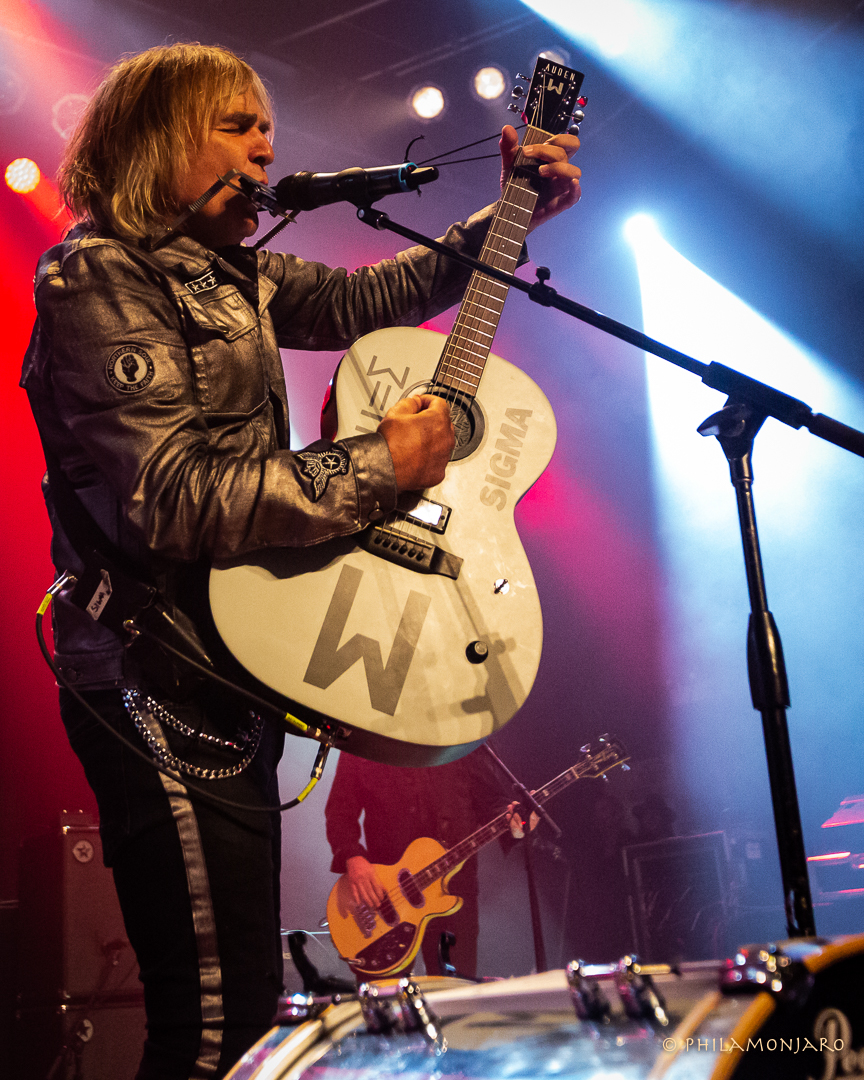 Returning from the musical trip to the past, the Alarm concluded in the present day with one more singalong during the modernized pulse of “Two Rivers” and its call for reconciliation. The song’s message of making the difficult move to put aside differences is a necessary hymn for the times. Mike Peters has written anthems to match the best of them, and the Alarm’s recent output and performances suggest more rousing sessions to come. 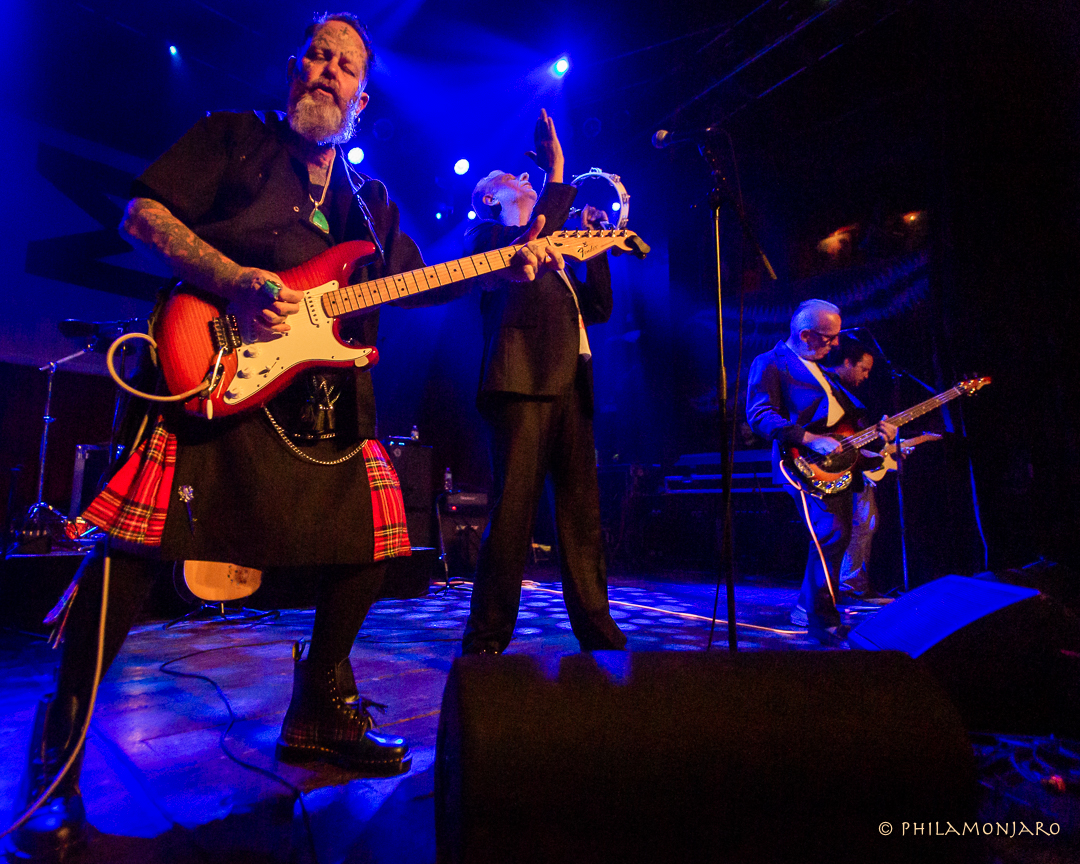 Next were UK post-punks Modern English. Towering vocalist Robbie Grey led Modern English through favorites from 1982’s After the Snow like “Someone’s Calling” and “Tables Turning,” as well as worthy recent fare from 2016’s Take Me to the Trees LP including “Moonbeam” with its echoes of the Bunnymen, and the heroic Bowie-ish glide of “Trees.” Modern English demonstrated that they have much more than one pop hit to offer, but they know what people want. “We’re gonna play that song for you now,” said Grey as he began the shimmering strum of “I Melt With You.” 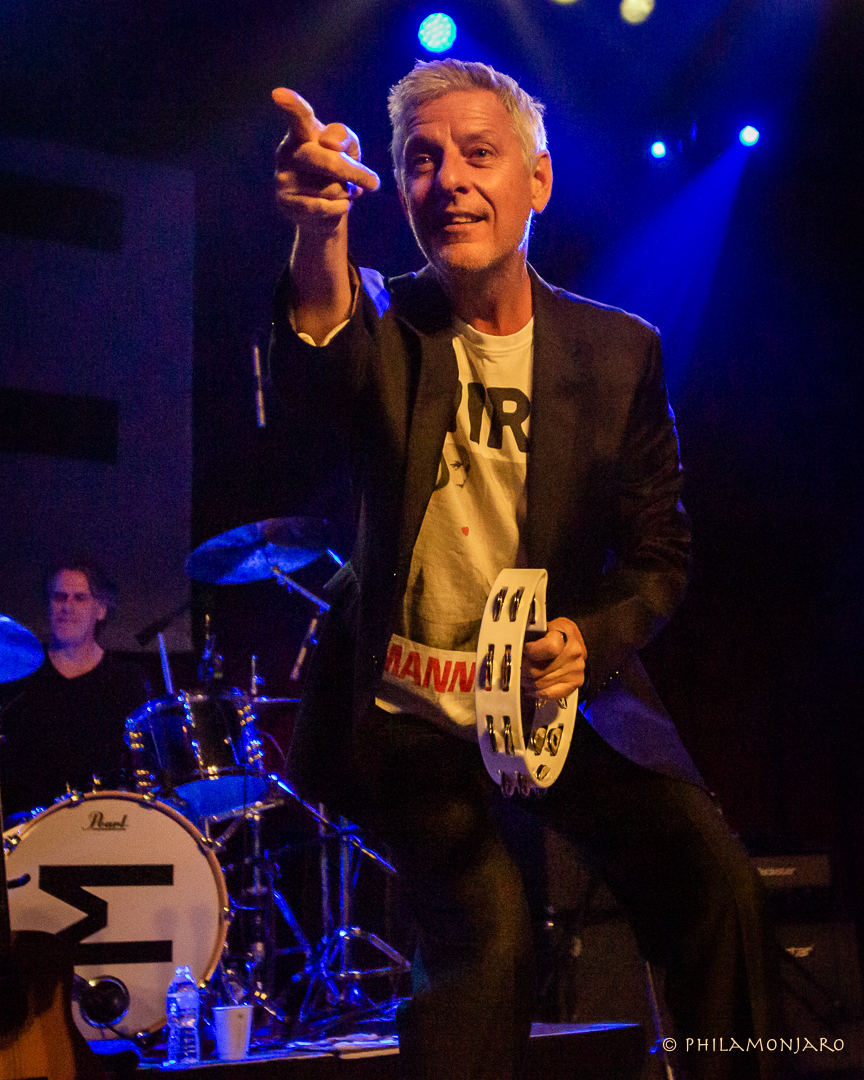