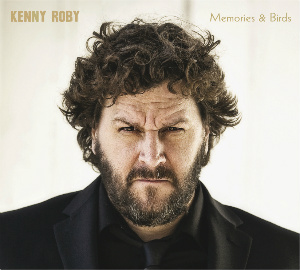 In the mid-90s, songwriter Kenny Roby led a promising roots rock band called 6 String Drag that was big with the No Depression crowd and released a pair of albums, one on a label run by Steve Earle That said, Memories & Birds, Roby’s fourth solo album, is a different ball of wax altogether. Languid tempos, dreamy arrangements (driven by strings and piano more than guitars) and hushed, fragile singing mark most of these songs, weaving a tapestry similar to what you might find in Tindersticks‘ hallway. The folky lattice of “The Craziest Kid Around” evokes a melody one could imagine Roy Orbison singing, while “Tired of Being in Love” puts romantic resignation to the service of the record’s only upbeat pop melody. The LP’s main vein, however, is much more mysterious and ethereal – “Colorado,” “Me and the Monkey” and the title track float on gentle but tense atmospheres of taut emotions and minimalist tuneship. It’s as much Talk Talk as Leonard Cohen, with a side of Scott Walker. Affecting and beautiful, Memories & Birds reveals new levels of Roby’s artistry.