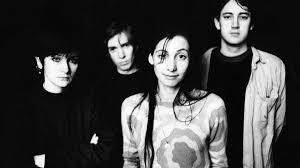 “When Loveless was released, few touted it as a revolutionary record.” Kevin Shields

Yet, it echoed the heralding of a revolution, a new age in genre-driven style, it was Loveless and the impact it had on the spectrum of sound. In 1991, the indie alternative band My Bloody Valentine changed music with a release that became stratospheric, and a mecca of influence with a legend of destruction in every groove. It sprung from the ashes of the eighties,  Loveles, the album which single handedly upped the musical ante associated within the sound of Indie music. Raising the bar so high the band itself imploded within five years of its release. It is an album which is technically advanced, futuristic and anti rock and roll. It tore at the fabric of synth wave, new wave and post punk, eclipsing the familiar genres with one, forty-eight minute strike. It became the Revolver of our generation, fearlessly striding above what came before it, and overshadowing what came after.

My Bloody Valentine were grunge before grunge existed, a band whose impact can only be measured in their influence, a comparison to the Velvet Underground is by no way overshooting the mark. Billy Corgan of the Smashing Pumpkins has tipped his hat in their direction many times, they also were the pioneers of another genre, ‘Shoe-gazing’. A term coined from their stance on stage, not looking up but staring at the floor, transfixed when they performed.

Going back to the roots, My Bloody Valentine formed in Dublin, Ireland circa 1983, the band’s lineup consisted of founding members Kevin Shields (vocals, guitar, sampler), Colm Ó Cíosóig (drums, sampler), with Bilinda Butcher (vocals, guitar) and Debbie Googe (bass) added since 1987. The first release by MBV came in 1985 on Dossier Label, the Ep This is your Bloody Valentine. A decent but not yet honed affair, as their later material would display more fusion with experimentation. As one of Kevin Shields biggest influences was the late Johnny Ramone, that basic whirlwind style of punk dominated the framework of the then sound.

After signing with Creation Records in 1988, My Bloody Valentine released a number of mesmerizing EPs, including You Made Me Realise, Glider and Tremolo. Along with  two studio albums, Isn’t Anything, and then came Loveless, described then as their masterpiece. The album they worked tirelessly towards, the sound that they needed to capture finally became real. It is true Loveless has become anything but what the title suggests, it is both adored and recognized internationally, sometimes hailed as the greatest release of the nineties. At other times coming in second place to Radiohead’s mammoth O.K Computer , ironically another of the bands MBV influenced. Regardless of the fact, it refuses to be forgotten or pushed aside as a byproduct of change.

The album Loveless detonated on the 4th November 1991, after a recording period of two years between 1989 and 1991. The workaholic Kevin Shields kicked into gear leading the sessions and experimenting with guitar tremolo, tuning systems, samplers all spread across roughly nineteen different studios.

The legendary bill of £250,000 soon becomes increasingly real when you dig into the perfectionism at the source of the album. In part, due to enigmatic bandleader Kevin Shields, who more or less reinvented the electric guitar sound through sonic and tremolo experimentation. With the same breath, it is easier to say he did not play the guitar as such, instead he manipulated its inner workings, creating a noise generating machine. The instrument became used for more than just strumming, more than flash solos, but it was enough to gain the exploratory guitarist a number-two slot on the Spin magazine poll of the greatest guitarists.

From the opening eruption of “Only Shallow”, a caustic, manic and menacing affair with tender, clear vocals, you realise very quickly all advances Dublin colleagues U2 were taking had already been achieved. The playground of a beautifully distorted world erupted in bedrooms across earphones, and in a select few clubs of the day. Whereas “Loomer” may have a touch of Metal Machine Music to it, perhaps Loveless is that album reinvented with lyrics and drums. The instrumental “Touched” gave a break with from the distortion until “To here knows when” explodes to the point where the madness becomes realized, with the vocals phased as the music slowly veers off the road. Finally, brought back to the driving lane courtesy of the more straightforward “When You Sleep”. The album packs the alternative sound that music fans crave, a break from the normal run-of-the- mill, but it blisters with future influences, such as “I Only Said” which sounds like the blueprint for all nineties, Britpop music.

The dreamy vocals of “Come In Alone” is genius set to the music, it can be quite difficult to withstand such a battering of noise churning like this but it is done with such grace that the journey becomes pleasant. “Sometimes” has some of the loudest recorded guitar ever recorded, the crunch sinks directly into your teeth, drilling relentlessly. As if a prayer for release is answered as the striking of beauty that is “Blown A Wish” starts to flow, and calm is brought to Loveless, a respite in the turbulent waters of its construction.

The final tracks “What you want” again bombards the senses whereas the closer “Soon” opens with sampled lines where both the stuttering noise meets elegance. It is a very clever mix, just as the listener is pushed closer to the edge sweet melodies pull you back in.

The orchestra of distortion Kevin Shields created led to the aforementioned huge production bill, and in turn the record company Creation dropped them, by 1997 the band had dissolved. There would be no new My Bloody Valentine music for another twenty-two years. After their successful 2007 reformation, and tour, music Shields began to develop before the band folded, along with fresh recordings seen a release under the simple title of MBV.

Received to thundering reviews, becoming the number one release of 2013 in most music magazines polls for the year. The perfectionism and talent with the band had not dissipated with the passing of time.

The Sixties Cease To Exist | The Beach Boy, The Beatles And The Beast