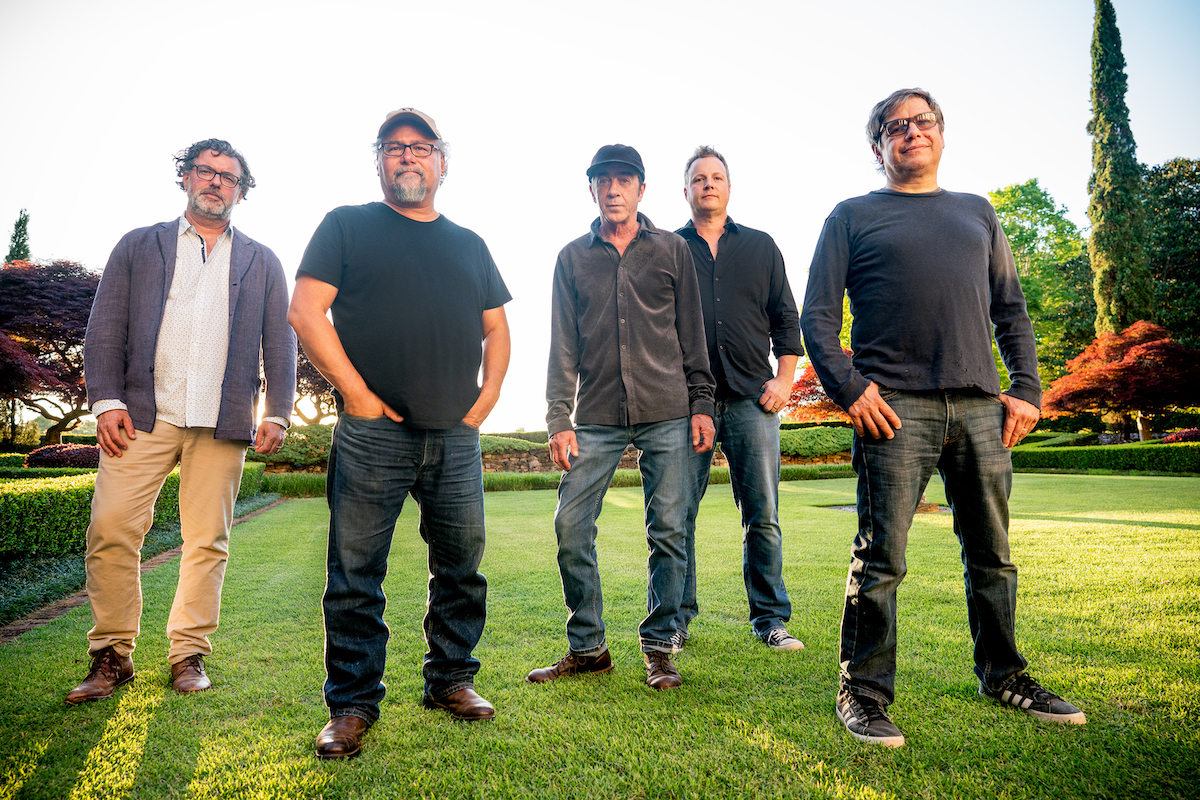 When Bill Berry quit legendary alternative rock band R.E.M. in 1997, he was intent on retiring from the music business – but, fortunately for music fans everywhere, Five Eight vocalist/guitarist Mike Mantione has coaxed Berry into picking up the drumsticks again for a new group, The Bad Ends (which also features Dave Domizi on bass and vocals, Geoff Melkonian on keyboards and vocals, and Christian Lopez on guitars and mandolin). Considering that all of The Bad Ends members have long been accomplished musicians in the Georgia music scene, it’s small wonder that their debut album together, The Power and the Glory (released on January 20 via New West Records), contains exceptionally catchy and skillful songs. Here, Berry and Mantione explain how this new band came into existence – and what they predict will happen for them next.

How did this band start in the first place?

MIKE MANTIONE: For a while, it was kind of top secret. Originally, I was going to make a solo record. As that happened, me, Dave, and Christian became really, really close friends and we would have these pool parties at Dave’s. I would bust out some of the songs that are on this record at those parties. The guys would be like, “Wow, that sounds great.” Still, nothing happened. One day I bumped into Bill [Berry] – and I usually never see Bill. So I was like, “Dude, would you like to play on a couple songs on my solo record?” He was like, “Um, well, I’m retired…” And I was like, “I know, but maybe?” And he was like, “Why don’t you send me the stuff?” So I sent him a recording that me and Christian had made of me playing “Little Black Cloud.” And then Bill was like, “Yes.” So we got everybody together at my house the following week, and it clicked right away, but I don’t think anybody thought it was a band. It became a band when I started writing songs with the project in mind, with Bill in mind.

Bill, how did you take what Mike had written and put your own stamp on it to help turn it into a full band sound?

BILL BERRY: Inasmuch as Mike created these songs, I still consider it his solo project which could be aptly named Mike Music. Chris, Dave and Geoff had already worked with Mike preparing these songs before my initial rehearsal in Mike’s basement. With a drummer finally present, the songs took shape and were modified by all assembled. If credit is due for the band’s sound, producer Mike Albanese deserves prodigious portions of praise. Check out his band MASERATI.

How did you know that The Bad Ends was the right project to coax you out of retirement?

BILL BERRY: Coaxing me out of retirement was very simple. It had been 20 years since I involved myself in the production of a record. I missed that safe cocoon that a studio environment provides, and Mike Mantione’s invitation to collaborate on such strong tunes tugged me right back into headphones.

This music sounds exuberant, but the lyrics are serious. How did you learn to write like that?

MIKE MANTIONE: I think the music is kind of like a catalyst for the energy that you need to get through the shit that gets thrown at you in life. So I’m going to describe a scenario that’s going to be absolutely too hard to take, and then the music’s going to bring you through it. It’s a way to honestly articulate what the heck’s going on inside when everything’s just like, “No!” And then you get to power through it with a great chord and some feedback.

You’ve been through many album release dates before, but what are your thoughts as you approach this particular one?

BILL BERRY: I learned early on that the release of a record, as exciting as that is, holds no bearing on how it will be perceived. We’ll have to wait for the jury’s verdict after the release date to see how Joe Public reacts.

What was it like working with The Bad Ends, compared to other musical projects you’ve both done?

MIKE MANTIONE: Bill made us practice our asses off in a way that Five Eight would never practice. Five Eight will play a song like twice and then we’re playing it live, and I may or may not have lyrics completely done for it yet. The lyrics and the chords will change. But that’s not the way it is with The Bad Ends. It’s a completely different way of looking at it. This definitely helped my songwriting ability, to really edit more than I usually do. It shows.

BILL BERRY: This project was unlike others with which I was involved. The rest of the guys have outside careers. Two live in Atlanta, so the process was more protracted than my previous experiences. R.E.M. always had to stare at a deadline. This process was relaxed and didn’t demand an immediate result. I believe this “wiggle room” made the record stronger. Much deliberation went on regarding the record’s sonic direction, and we were afforded time to iron out the wrinkles.

Mike, what’s kept you inspired as a songwriter?

MIKE MANTIONE: I have an audience in my mind. So there are people that I’m always performing to in my mind – that helps, I think, having somebody to communicate to. This record, I think I was communicating to folks who have lost friends to suicide. So having that experience and knowing what I want to communicate to those folks, it makes it very fresh. Whenever I’m writing a song, it’s always like, “Oh, that’s the best song I’ve written!” I always feel that way, so I’m constantly feeling like there’s all this possibility: “This song is going to touch somebody in a different way than these ones in the past.” And I think you can hear that on this record, for sure.

What is it about the Athens, Georgia music scene that’s kept you there for so many years?

BILL BERRY: Athens, Georgia still retains the elements that caused me never to leave. It still maintains that small town atmosphere, the cost of living is reasonable, and loaded with talented musicians who were lured there as I was. It was and remains the perfect spot for someone inclined to things musical.

Will The Bad Ends continue after this, or is this a one-off kind of thing?

MIKE MANTIONE: In many ways, it was supposed to be a one-off. And in every way, everybody is just kind of leaving it open right now. I know me, Dave, and Geoff will definitely be working together some more. And it seems like Jay is definitely in. And I think, depending on how horrible this is for Bill, he might at least go back into the studio and play some stuff with us. Everybody had a piece to play in it, but Bill was really like the dad. He showed us the ropes. It was amazing to get with him on it and learn.

BILL BERRY: I’ve reached an age that I’m cautious about making any commitments that involve extended time away from Athens. Touring is out of the question for this senior citizen, but I suspect I’ll dabble with these fine musicians in the future.