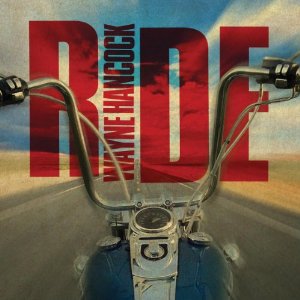 Wayne “The Train” Hancock is a Texas music legend. For the past two decades, he’s been playing tons of shows, occasionally releasing an album every now and then, and writing some of the best rockabilly, Texas swing, and crunchy bar-rock songs this side of Dallas. You know there’s something legit about the man when you consider the number of times the words “Low” “Blues” “Down” and “Lone” appear in the song titles. There’s some great picking, like on “Low Down Blues,” a mellow barroom number, and dig the hilarious intro to the cheating heart lamenting “Deal Gone Down.” “Fair Weather Blues” pulls out a muted trumpet, creating an out-of-its-time feel to Hancock’s down-and-out singing.

There’s a reason Hancock is a Texas legend; his music is timeless, capturing an era and a feel that is uniquely Texan and his music sounds as much like the 1940s as it does the twenty-first century. Ride is another fine record in a discography full of fine records, but, truthfully, studio recordings don’t do justice to the awesome performance; they’re nice mementos of a good night out. If you get the chance, go see him live; you won’t regret it.