Album Premiere: Have You Ever Stared At The Sea? by Cielo Oceano 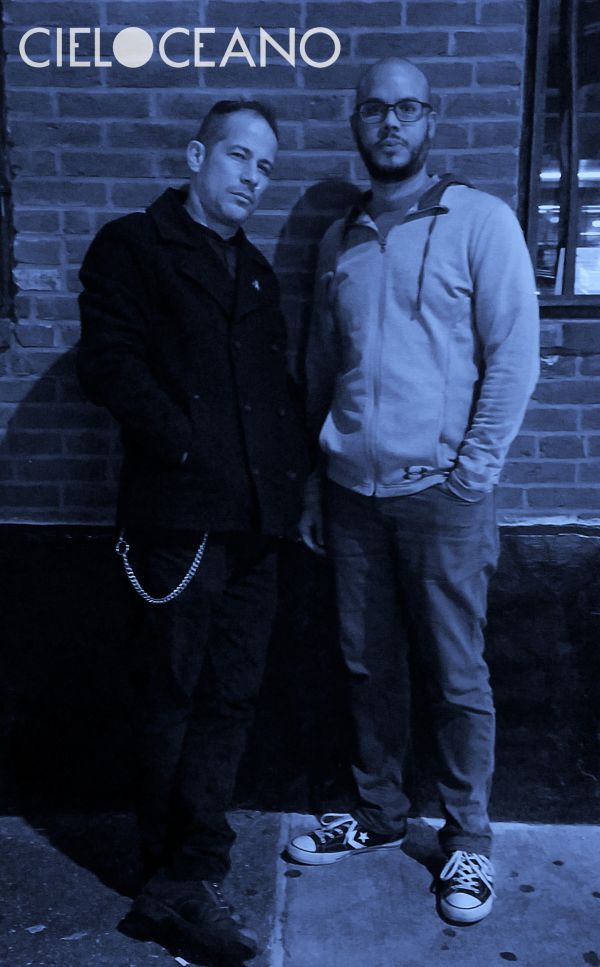 The duo is composed of Puerto Rican musicians Andres Lugo and Tom Lugo.Though they share the same surname they are not related. What they do share, however, is a passion for creating music.

Andres Lugo was heavily involved in the audio-visual, experimental, ambient, and shoegaze scene in Puerto Rico for many years, gaining acclaim for his performances and the festivals he curated.

Tom Lugo started his musical career in Puerto Rico as well, playing in several alternative rock bands before moving to Philadelphia over 20 years ago.

Andres and Tom met back in 2007 when Tom held the Popnoise Festival Puerto Rico tour and Andres’ band Pneuma, a Puerto Rican shoegaze band, played at one of the festival dates.

Popnoise Festival has been an ongoing series of shoegaze/dreampop/indie rock festivals, shows, and tours that Tom has curated nationally and abroad since the early 2000s.

Tom and Andres became friends because of their love for similar music. Andres relocated to Baltimore and came to see Tom perform with his project Panohonic in Lancaster, Pennsylvania a couple of years ago. They chatted about collaborating on some songs and less than two months later Cielo Oceano was formed.

Now Cielo Oceano are set to launch their second album, Have You Ever Stared At The Sea?, on July 20th via Jak Jonson Tapes.

The LP is the follow up to the well-received debut full length The Space Has Always Reduced Me to Silence.

On this new release the duo focused on creating a more uniform album with songs that would demonstrate their musical range, their growth as a band, and deliver a purer sonic production experience. Taking a careful approach to every sound, every frequency, every detail, their experimental process yields hypnotic, otherworldly guitar tones and melodies that are often confused for synthesizers (which are not used by the duo).

Big Takeover is pleased to host the premiere of the atmospheric album in its entirety today, several days before its official release.

Have You Ever Stared At The Sea? is rife with catchy hooks and melodies that sparkle against a backdrop of psychedelic atmospheres, fuzz-laden to shimmering guitars, grinding bass lines, and dynamic backbeats.

Ominous opener “Face in the sun” is a darkly winding starter with sinuous vocals and a looming ambience, but that’s soon dispelled by next number “Future Unknown” which hangs from the clouds with luminous guitar chime and is clouded by hazily drawn out vocals.

Lead single “All Gone Wrong” is a sonically-charged adventure of swirling and fuzzed-up guitar textures and questioning introspection.

“Don’t Mind” drifts by like a gentle reverie, while instrumental “Ocean of Sound” is a mellow to sweeping track that mirrors the changeable nature of the sea.

The Lugos note that all of their sounds are created with guitars, bass, and drums. No keyboards or synths are used on their recordings. If it sounds like a synth, and it smells like a synth… it is still done with guitars.

Andres Lugo states, “I like to describe my music creative process as the creation of sound compositions. What influences my musical production is minimalism, ambient music and leanings towards philosophy, science, and space. My work is heavily influenced by artists like Brian Eno, Harold Budd, and Robin Guthrie.”

“With Cielo Oceano I create sound textures on guitar that lean toward dream-pop and shoegaze. I leverage the use of effects and my guitar to create unbroken sound passages while exploring the infinity and vastness of space to create an atmosphere of repetitive motion expressing nostalgia, loneliness, and questions existential nature.”

“The ocean and the cosmos play an important part in the conceptualization of each individual song. I have a special connection to the ocean; it influences the creation of what I do musically. Being born in Puerto Rico there is no escaping the beauty and vastness of the ocean and its allure. I now live in Maryland and I am again surrounded by the vastness of the water and the sea.“

Tom Lugo relates, “Building the architecture around a minimalist concept is what I pride myself in doing. Taking an idea, deconstructing it, and rebuilding it with structure, moving parts, and eliciting the pure essence of the message we want to convey with each song. The initial ideas are delivered to me by Andres, I then listen to the minimalist concept and use the song titles Andres gives to each track to frame the direction I will take and the musical arrangements I will create. I forge the song structure, the dynamic elements, the lyrics, melodies, and open spaces to achieve a sonic landscape that is both strange yet beautifully familiar. Hope you enjoy your journey with us!”

Have You Ever Stared At The Sea? can be pre-ordered via Jak Jonson Tapes Bandcamp