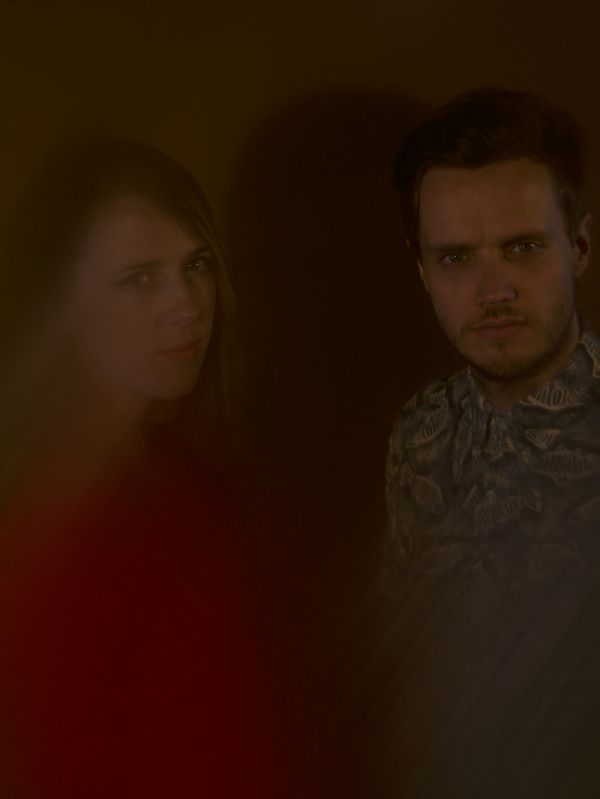 Twin Rains is a Canadian dream-pop duo from Toronto consisting of members Jay Merrow and Christine Stoesser. The pair met as roommates in 2009 and within weeks were making music together. They were founding members of Make Me Young, a Toronto indie band that released a critically acclaimed album in 2010, and licensed a track to Degrassi: The Next Generation.

After Make Me Young disbanded, they continued writing music together for film and television, and although they talked endlessly about making another album, they couldn’t seem to find the inspiration. So, in 2012 they packed up and flew to Vancouver, bringing only two suitcases and an assortment of instruments with the intention of spending a year on the west coast – Twin Rains was born.

Twin Rains’ debut album, Automatic Hand, bowed in November of last year and is the spellbinding result of the duo’s long-standing musical collaboration amid years of change and introspection. Full of slow to mid-tempo grooves, (or “west coast dance music,” as they like to call it), ethereal soundscapes, and penetrating poetry, the LP was recorded almost entirely by Merrow, a self-taught engineer and producer, and produced entirely by Twin Rains.

Earlier this year, Merrow and Stoesser released an exclusive song titled “People Not Ready”, featuring Steve Ward on trombone and additional synths by Mani Khaira, for Rough Trade Publishing’s A Song A Day compilation. The track was written and recorded specifically for Rough Trade’s subscription services (The song was a paid-subscriber-only exclusive for a 6-month period) and will not appear on any upcoming albums from the band

At the time of Rough Trade’s campaign, Twin Rains explained, ““People Not Ready” was inspired by some of our favourite protest songs: Broadcast’s “Until Then”, Elliott Smith’s “A Distorted Reality is Now a Necessity to be Free”, and Bob Marley’s “One Love (People Get Ready)”, which was itself inspired by—and lifted lyrics from— The Impressions’ “People Get Ready”. Disturbed by our own bleak outlook, we couldn’t find it within ourselves to write something as beautiful as “People Get Ready”, but we will keep trying.”

The Big Takeover is pleased to present the public premiere of “People Not Ready.” Stoesser goes into the depth of meaning of this song, revealing, “Being asked to write a song for the compilation gave us a chance to make a statement about the current political landscape, which, obviously, is not a task we took lightly. After a week or two of contemplation, the song was written in a flash at 3 o’clock in the morning. Although certain people in positions of power are more reprehensible than others, I think we’re all complicit, in some way, in this collective pain we feel. We’re all “…heartbreakers, heartbroken.” It sounds childish, but I still hope for peace. This song comes from a very sad place—it’s the child inside of me realizing that people, myself included, don’t seem to be ready for that yet.”