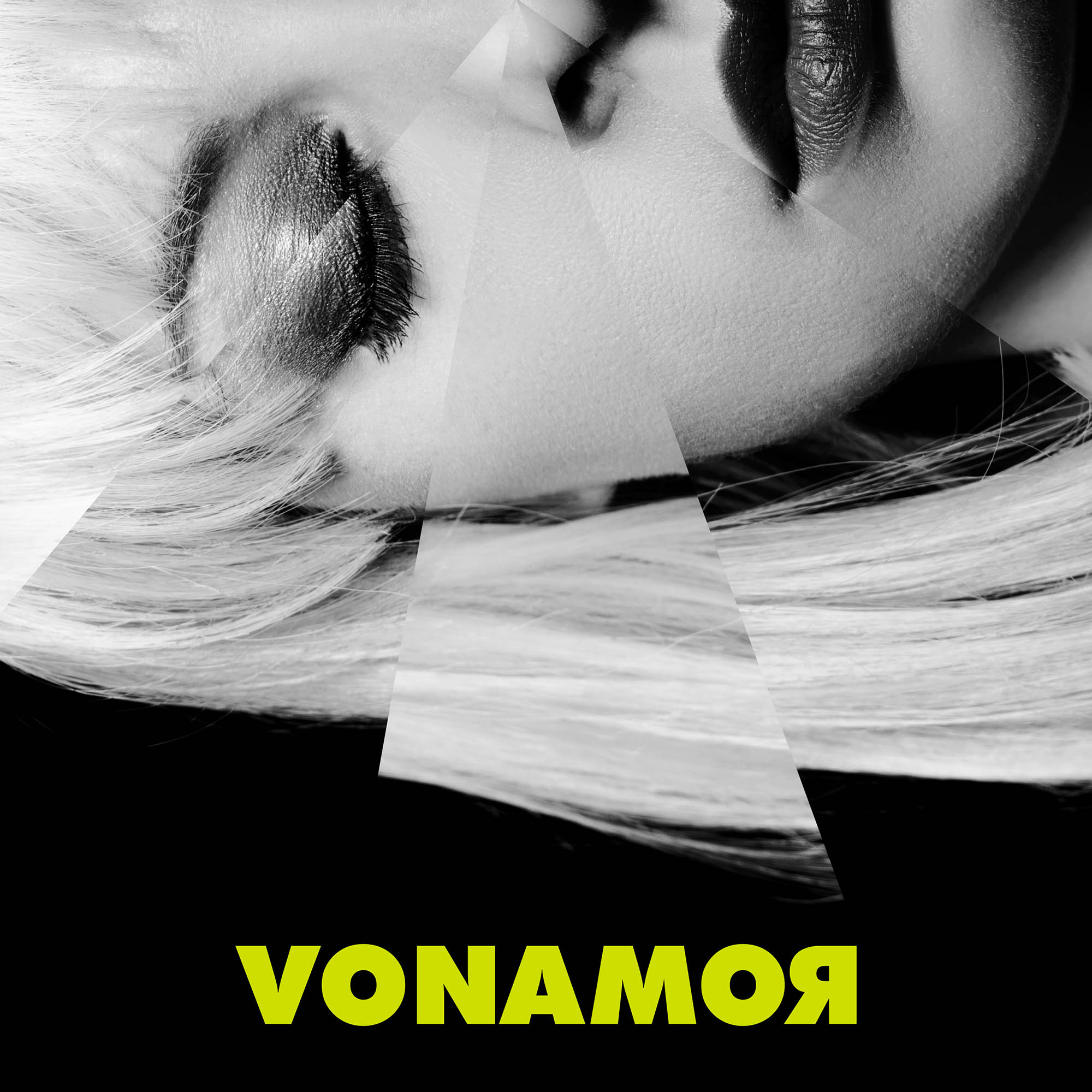 Over recent single releases such as “Take Your Heart” and “You the People”, Vonamor has displayed some impressive talents for being able to mix early eighties dance sounds with some darkwave deliciousness and post-punk power. But when given a full eight tracks to fill and fascinate with, many other sonic delights can be discerned in their beguiling music.

“Empire + 2049”, which kicks things off, for example, might head off down some pulsing, alternative-electronica pathways but as it travels it cocoons itself in classical grandeur and cinematic grace too, creating a wonderful dichotomy of poignancy and power, between analogue soundscaping and digital creation.

Similarly, “Never Betray Us” throws a different type of curveball, one shaped like a conventional, dark but soulful pop ballad, but with the Vonamor touch which transforms it into n eerie and elegant piece, almost unnerving in its visceral beauty. “Mother Night” is similarly unconventional, hypnotic and beguiling, layering the voices into instruments in their own right, firstly allowing their hunting presence to take centre stage and then having them slowly consumed under shards of rising electronic washes before everything drifts out on the sonic winds.

And the album ends in the darkest and most delicious place of all, with “Wilderness” building from gently brooding ebbs and flows and whispered vocals into a maelstrom of musical shards and cavernous sounds then contrasting shimmering delicacy.

It is fair to say that Vonomor has got it all. If the recent releases showed off their power and immediacy, it is this full, eponymous release that paints a more complete picture. From ranging crescendoes to brooding lulls, from sky-searing thunder to contemplative near-silence, never has an album travelled through so many dynamic changes and stylistic re-inventions and still sounded like the most cohesive piece of work.