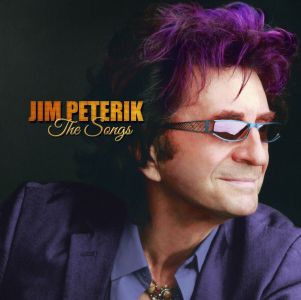 Renowned Chicago-based, chart-topping music veteran Jim Peterik is best known as the founder of rock band Survivor (and co-writer of the ‘80s mega-hit “Eye of the Tiger”) and the vocalist of ‘70s rock act Ides of March (and writer of the smash “Vehicle”). Peterik has also written for numerous iconic bands including .38 Special and Lynyrd Skynyrd, produced his own material, formed the melodic rock band Pride Of Lions, toured the world, written music-related books, mentored up and coming talent, and received numerous accolades and awards (including Grammy and People’s Choice awards) over the years.

On June 3rd Peterik released The Songs, a career retrospective record that covers the four decades that he’s been active in the music industry. Peterik culled his famed output down to 11 of his greatest tracks (with the addition of two new tunes) and collaborated with producer Fred Mollin and several notable Nashville-based musicians on the album. Peterik and his associates imaginatively reconstructed his songs, getting to the essence of each number and then building them back up from scratch with renewed vitality and resonance.

Not one to rest on his laurels, Peterik has also delivered the timely and relevant single “We All Bleed Red”, which is a direct response to the tragic mass shooting at the Pulse nightclub in Orlando, Florida. Through his lyrics, Peterik makes a bold and positive stand against the violence, intolerance, and hatred that have gripped the world at large. His message is universal and true – We are all the same inside and we all bleed red. We are more similar than our differences, and yet some of us still believe in division instead of unification. “We All Bleed Red” is an uplifting guitar ‘n’ drums rock number touched by Peterik’s sincere vocals and his direct and trenchant lyrics like, “We’re the blend of every color / The pulse of one another.”